Sent to local newspapers as a letter to the editor.
Thursday, March 30 is National Doctors’ Day. Springville has a long tradition of physicians who have served generations of local families. Despite our location in a rural area in Western New York, Bertrand Chaffee Hospital continues to attract doctors who choose to serve the people of our community.

We have recruited physicians and allied health professionals like nurse practitioners and physician assistants to BCH in recent years. Last summer, Dr. Jacqueline Shanahan joined our Primary Care Center. And last October, we added a board-certified general surgeon, Gavin Davison MD, to establish the BCH Surgical Center. This spring, we are welcoming a urology specialist, Michael I. Hanzly, Jr., DO, to practice in our facility.

For this national occasion, and on behalf of BCH and JBR, we thank our doctors – past, present and future – who are keeping healthcare local for our community. And for our neighbors who rely on our hospital and our providers for their medical needs, thank you for your support. 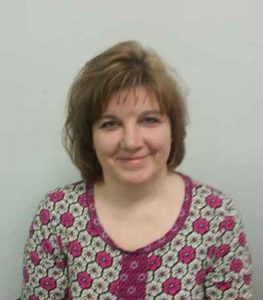 Bertrand Chaffee Hospital has announced that Jennifer Siragusa, RN of Gowanda has been named Director of Patient Care Services. She takes over the role from Darlene Schrantz, RN, who retired at the end of March after spending more than four decades with the hospital as a nurse, manager and administrator.

Siragusa will manage the clinical aspects of patient care throughout the hospital facility. As part of the leadership team, she supervises managers and nursing staff across many departments, including the emergency department, Primary Care Center, Heart Center, Surgical Center, and acute care.

Best wishes and a warm thanks to Darlene Schrantz for her incredible dedication to our facility, and congratulations to Jennifer Siragusa on her new role.

Visits to the Bertrand Chaffee Heart Center can begin with a simple statement: “I think something could be wrong with my heart.” That phrase is answered by our providers, nurses and staff with another simple phrase: “We can help you.”

Since opening in 2012, the Bertrand Chaffee Hospital Heart Center has been able to expand to meet the demands of our community. Services and capabilities include outpatient and inpatient consults, echocardiograms, all types of stress testing, pacemaker interrogation, and nuclear medicine. In 2016, the Heart Center enhanced its services by adding the Leg Pain and Vascular Center to complement its cardiac care. Leg vein ablation, an outpatient procedure for varicose veins and chronic venous insufficiency, was added late last year.

Providers in our Heart Center see patients with cardiac and vascular conditions, and provide diagnosis, treatment options, and referrals for more intensive interventions, like surgery, if indicated.

“Our providers work with patients to manage their cardiac and vascular conditions and reduce the risks for serious cardiac events, like heart attacks and strokes,” said CEO Nils Gunnersen. “Access to cardiovascular care is essential for people in rural communities, particularly as they age.”

“Heart disease and stroke can have devastating effects, both for quality of life and length of life,” said Dr. Smith. “Our team works together with patients, their families, and their primary care providers to develop treatment plans that have the best possible outcome.” The Heart Center phone number is (716) 592-9644. 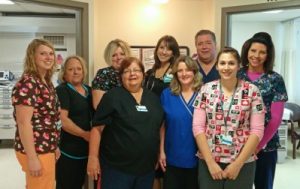 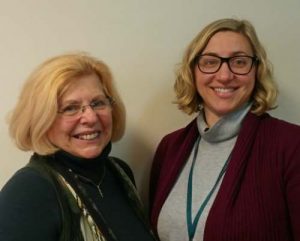 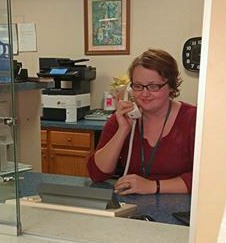 The Bertrand Chaffee Hospital lobby sees a cast of constantly changing characters. Family members sit with snacks from the coffee shop, employees pass through, and patients wait for their turn to check in with one of the most visible parts of hospital administration: the Registration Department.

The registration desk at Bertrand Chaffee Hospital is the first department many patients encounter when visiting our facility. From a steady stream of patients to constant phone calls, the BCH registration desk manages a flurry of activity from seven in the morning until seven at night.

Periods of intensity – a full waiting room, phones ringing non-stop, and patients streaming in – are punctuated by an occasional lull. And each registration visit is completely different. On a busy day, the team might register 160 people – and there are many busy days. Countless more patients and community members come in with questions and information requests.  “There’s no such thing as a typical day here,” said Maryann Vanderkarr, registration department manager. 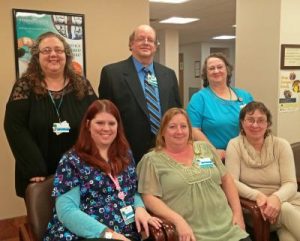 Vanderkarr heads a 10-person team that registers patients for lab work, imaging tests, emergency care, inpatient stays and surgical procedures. She has been with BCH for about four years, two of them as a manager.
As the clerks work with patients and family members, they also coordinate with provider offices, medical records, billing and insurance companies to make sure the information is up-to-date.

It takes accuracy, a strong sense of customer service, and a willingness to be flexible to be a hospital registration clerk. “We do everything we can to make our patients’ time in registration as easy, quick and painless as possible,” Vanderkarr shared.