Preventative Care for Diabetes Presentation at the Concord Senior Center

At the invitation of SCENe, the Springville Concord Elder Network, Kathleen Hebdon, RN, BSN, CDE presented a talk on preventative care in diabetes to a group at the Concord Senior Center on Friday, April 20.

The attendees had answers to their specific questions about diabetes risks, management and preventative actions they can take to reduce the risk of diabetes complications.

This presentation was part of SCENe’s University Express series, which continues through the summer. SCENe is part of the Healthy Community Alliance, a nonprofit rural health network based in Gowanda and serving residents in parts of Chautauqua, Erie, Cattaraugus and Wyoming Counties.

The Price is Right for Lab Week

National Medical Laboratory Technologist Week started off with enthusiasm and fun as the lab put together a facility-wide “Price is Right” challenge for employees.

This started a week of celebrations and activities to draw attention to the important role of the lab at the hospital for our patients, medical staff, nursing team and employees.

Mrs. Stahl’s class delivered a set of original, handmade gifts to Bertrand Chaffee Hospital in April. Braving snowy sidewalks, the class made a visit to the Emergency Department with a supply of coloring books to give to the hospital’s youngest patients and visitors.

Live What You Love: Mary Lou Wright Retires after Four Decades at BCH 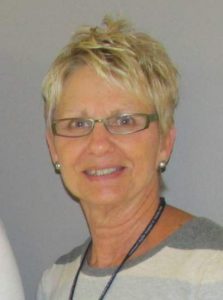 The Bertrand Chaffee Hospital Foundation’s annual Garden Party is planned for Thursday, May 31 at the Springville Country Club. The foundation’s board is pleased to announce that the event will celebrate William King and the Cordelian Club for their many contributions to the hospital and nursing home. King is the BCH Foundation board president and a longtime board volunteer for the hospital and foundation. The Cordelian Club has supported the hospital through fundraising efforts for more than 70 years.

The foundation board will direct this year’s proceeds towards the renovation of the second floor nurses’ station.

The Garden Party starts at 5 p.m. and concludes by 8 p.m. The Springville Jazz Orchestra and Nick Kody & Lydia Herren will provide the musical entertainment.

Tickets are $50 each or $80 per couple and are available at the BCH reception desk. For information and sponsorship opportunities, call the Bertrand Chaffee Hospital Foundation at (716) 592-2871 ext. 1485 or email Kara Kane at kkane@bch-jbr.org. 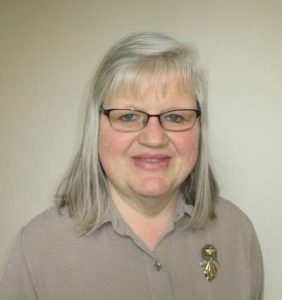 Patient and Family Services Manager Renna Thaine is part of the 2018 Buffalo Business First Healthcare Champions list.
Renna has spent her entire career at Bertrand Chaffee Hospital and the Jennie B. Richmond Nursing Home. She is an integral part of our facility and acute care services, and we are so happy for her to receive this acknowledgement
Congratulations, Renna!
#teamchaffee

Friends and supporters came to Bertrand Chaffee Hospital as staff, providers, board members and elected officials helped to cut the ribbon for the nuclear medicine camera. This piece of equipment was replaced with an upgraded model in March thanks to funding from the New York State Department of Health and a grant from the Springville-Griffith Community Education Foundation.